Mandy comes from a marketing, advertising and media background, working in magazines, radio and TV in both the UK and Australia before moving into digital media in 2000. She launched OSOYOU for Bright Station Ventures in London, which became part of the biggest online fashion network in Europe before moving to Sydney in 2009. In 2010 Mandy launched an affiliate fashion aggregation website and was listed as ‘business woman of the year’ in 2012 by online publication Dynamic Business.

Mandy served as an Independent Director of NZX and AZX listed company Trilogy International ltd from 2013 to April 2018 when it was acquired by CITIC Capital for NZ$240 million. She has run an advertising and marketing agency representing UK and Australia clients including Marks and Spencer, Charles Tywhitt, Cotton Traders, BIBO Water and Industrial Hearing Services. She is an e-commerce consultant, as well as training in marketing and digital media. Mandy is also a board member of Heads Over Heals that supports Australian female entrepreneurs through game changing connections. Mandy’s role is to drive the expansion of the TaxAssist Accountants brand across Australia.

Karl spent 26 years at a senior level with a major clearing bank before joining TaxAssist Accountants on 1st January 2000 as Operations Director – taking on the role of Chief Executive in 2002.

A 'fellow' of the Chartered Institute of Bankers and a member of the Financial Industry Group and of the Committee of the IFS School of Finance for the East of England, Karl oversees the running of the company and the whole network on a day to day basis and ensures the company continues to expand rapidly.

Karl is recognised by the British Franchise Association as a QFP (Qualified Franchise Professional) and is a trustee of the bfa's charitable trust helping disadvantaged individuals benefit from franchising. 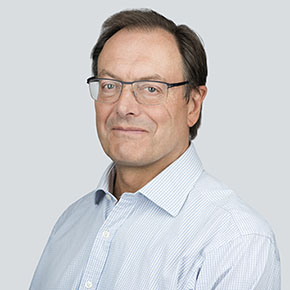 John has specialised in franchising for over 20 years. He thinks of himself as a business man first and a solicitor second. His 'no nonsense, practical, commercial approach' is appreciated by clients as much as is his unrivalled knowledge of the franchising sector.

He read law at University College London and worked in the City of London for Mitsui, a Japanese trading company, and in the Middle East for Turner & Newall Plc.

John then worked in sales and contract management roles in the oil industry, first in the UK and then abroad before deciding that he could provide more commercially focused and practical advice than he was receiving from lawyers. He re-trained as a solicitor and worked for two leading international law firms prior to setting up Chambers & Co in 1998. After establishing himself as one of the UK’s leading franchise lawyers and acting for 20% of the franchisors in the UK, Ashton KCJ acquired the practice in early 2012.

John is a former member of the now disbanded British Franchise Association Legal Committee, and regularly speaks on franchising law both at home and abroad. John joined the board in August 2014. John's LinkedIn profile can be viewed here.